Power to The Plaintiff 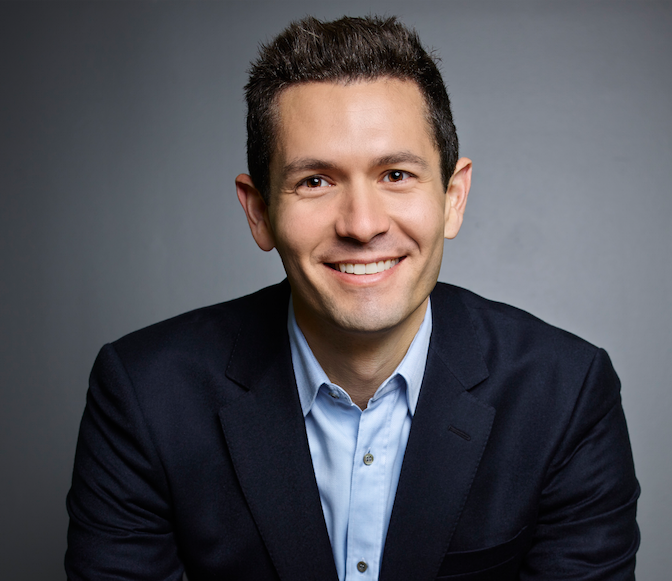 There is a great paradox in our civil justice system. In many cases, the moment a personal injury occurs, the defendant's problems are entirely over while the plaintiff's problems are just beginning.

Take Kara, who rear-ended the car in front of her after being distracted by her two-year-old in the backseat. Fortunately, her auto insurer will take care of everything: paying for damages, paying for any of her medical bills, and representing her in court if the injured party chooses to sue. Kara will walk away from her mistake without having her life interrupted, much less ruined. Indeed, if the person she hit sues, Kara may never even know.

Defendants with good liability insurance are protected from financial catastrophe due to a single mistake, as they should be. However, when liability insurance first appeared in the late 1800s, it was considered repugnant and dangerous. People believed that abdicating responsibility to a third-party would incentivize recklessness, increase accidents, and distort the legal system by introducing a non-party into the proceedings. Fast forward a century and this free market solution has become so ubiquitous that car insurance is legally required in almost every state.

But plaintiffs -- the party who did nothing wrong -- do not enjoy comparable protections.

Now meet Josie, the driver who Kara hit. If Josie is affluent, she might end up okay; if not, she is likely in a far worse situation than Kara. Josie is a one-time player in the legal system, while her adversary, Kara's insurance company, is a professional defendant. Josie must search for a lawyer, whom she must pay out of pocket or through a large portion of her settlement, while the defense already has a highly experienced team in place. Kara's car insurance will likely pay for Kara's medical treatment, if needed, without delay because she was at fault. On the flip side, if Josie requires treatment, her insurance and Kara's insurance will often play the blame game, refusing to pay for Josie until the suit is completely resolved. While Josie's bills pile up, the insurance companies' bills never do.

Well aware of plaintiffs' precarious situations, insurance companies often prolong the legal process, waging a war of attrition to get plaintiffs to accept quick, less-than-fair settlements. This happens even in the most clear-cut cases. It's called "frivolous defense," a phrase you will have heard much less frequently than "frivolous lawsuits," even though many scholars believe it is the former that causes our courts to clog, not the latter. And frivolous defense works-it almost always does. It's a systemic scandal.

The fundamental problem is that defendants enjoy what economists call "monopsony power." Monopsony power is just like monopoly power, except that one buyer has all the market power instead of one seller. Essentially, the defendant is the only legally authorized "buyer" of the plaintiff's liability claim. As Stephen Gillers, one of the most prominent legal ethicists in the United States, explains:

"[The defendant] is under no time pressure. It is, furthermore, the only authorized purchaser of [the plaintiff's] claim, the only one allowed to bid on it. Now it requires no MBA to recognize that if one person is under duress and needs to sell something and another person is the only one legally allowed to buy it, the buyer has an enormous advantage."

Although fictional, Josie's story is far more representative of the average plaintiff than the stereotype of the devious plaintiff trying to make a quick buck. Almost every week for the past few months, I've had lunch with plaintiffs awaiting justice.

I met Lorraine, who shared with me how her knee was injured in a car accident that was not her fault. Despite her doctor's orders, Lorraine has delayed surgery for years while waiting for her settlement, unable to afford the childcare that her family needs during recovery.

I met Archie, whose lawyer warned that he will receive less than he deserves from the defendant if he continues missing visits to the doctor. Archie does not always have the few dollars needed to take the subway to his appointments, and Archie's attorney, like all attorneys, is ethically prohibited from lending him a dime for non-legal expenses.

In the United States, many lawsuits take years to resolve. If a plaintiff is one of the 76 percent of Americans who are living paycheck to paycheck, those years of waiting may be worse than the accident itself. Many plaintiffs are mired in a prolonged struggle to get over the worst days of their lives. And when their case finally settles, they usually end up with far less than what most people would expect.

The worst part is that we have resigned ourselves to these conditions.

We know that our legal industry is too big, too slow, and too old to change. But there is a new solution, one that leverages free-market dynamics to restore balance in our civil justice system: plaintiff financing

Plaintiff financing provides plaintiffs with funds that enable them to live their lives while they wait for fair settlement offers. It's not a loan; it's an investment, which yields a return to the investor only if a plaintiff's case settles or is won.

In the amoral language of finance, when someone is wrongfully harmed, an"asset" is created based on the future compensation they expect to receive from their case settlement. Plaintiffs can then assign part of that future compensation to investors who believe in the merits of their claims. It's nearly identical to how plaintiffs assign a portion of their cases to contingency attorneys in exchange for legal representation, except plaintiff financing for personal injury cases covers rent, medical bills, and other critical expenses that accumulate after the accident.

The insurance industry has consistently fought the adoption of plaintiff financing. In 2014, The National Association of Mutual Insurance Companies awarded State Legislature of the Year Awards to three legislators who helped regulate plaintiff financing out of existence in Tennessee.

It's no surprise that insurers feel threatened. Plaintiff financing introduces a threat to their monopsony power: competition. Instead of being stuck with the defendant as the sole buyer, Josie can now access financing that provides valuable liquidity, empowering her to make decisions free from duress. It is simple, but for plaintiffs like Josie, this changes everything. Instead of getting bullied into a cheap settlement by the defendant, she can choose to accept the funds she needs to live from an investor and fight for her claim vigorously. For the first time since her accident, she has real agency.

There was a story in The New Yorker earlier this year about Ben Horowitz and Marc Andreessen, two of the most well respected venture capitalists and technology leaders in America. Ben describes the process of considering an Internet pawnshop for investment: "People here said, 'It's immoral,' and Marc went bananas. He said, 'If you've got no fucking money, and you need to pawn your watch to pay for your kids to eat-you think that's morally fucking wrong because it offends your sensibilities, you rich motherfuckers?'"

I used to be that motherfucker.

When I first got into the business of plaintiff financing, I considered the act of suing repugnant, and financing that may enable it, doubly repugnant. Put simply, I was embarrassed, and I disguised what I did to friends, hoping I would not be doing it long enough for anyone to notice.

Today, years later, I've never been prouder of anything I've ever done. I get out of bed in the morning knowing that there's a real opportunity to fix a systemic injustice for people who cannot afford to wait for actual justice. And I go to bed at night, excited because I know the solution is mighty.

While there will be many obstacles to overcome, I have Marc's quote above my desk to remind me that changing people's deep-rooted perceptions about lawsuits might be the most crucial challenge of them all. Most plaintiffs are like Lorraine and Archie: something bad happened to them, it wasn't their fault, it derailed their lives. We have an obligation to help them get justice. Game on.

Joshua is a lawyer and tech entrepreneur who speaks and writes frequently on the civil justice system. Previously, Joshua founded Betterfly, a VC-backed marketplace that reimagined how consumers find local services by connecting them to individuals rather than companies. Betterfly was acquired by Takelessons in 2014. Joshua holds a JD from Emory University, and a BA in Economics and MA in Accounting from the University of Michigan.