7 Rules of the Road for NYC Drivers 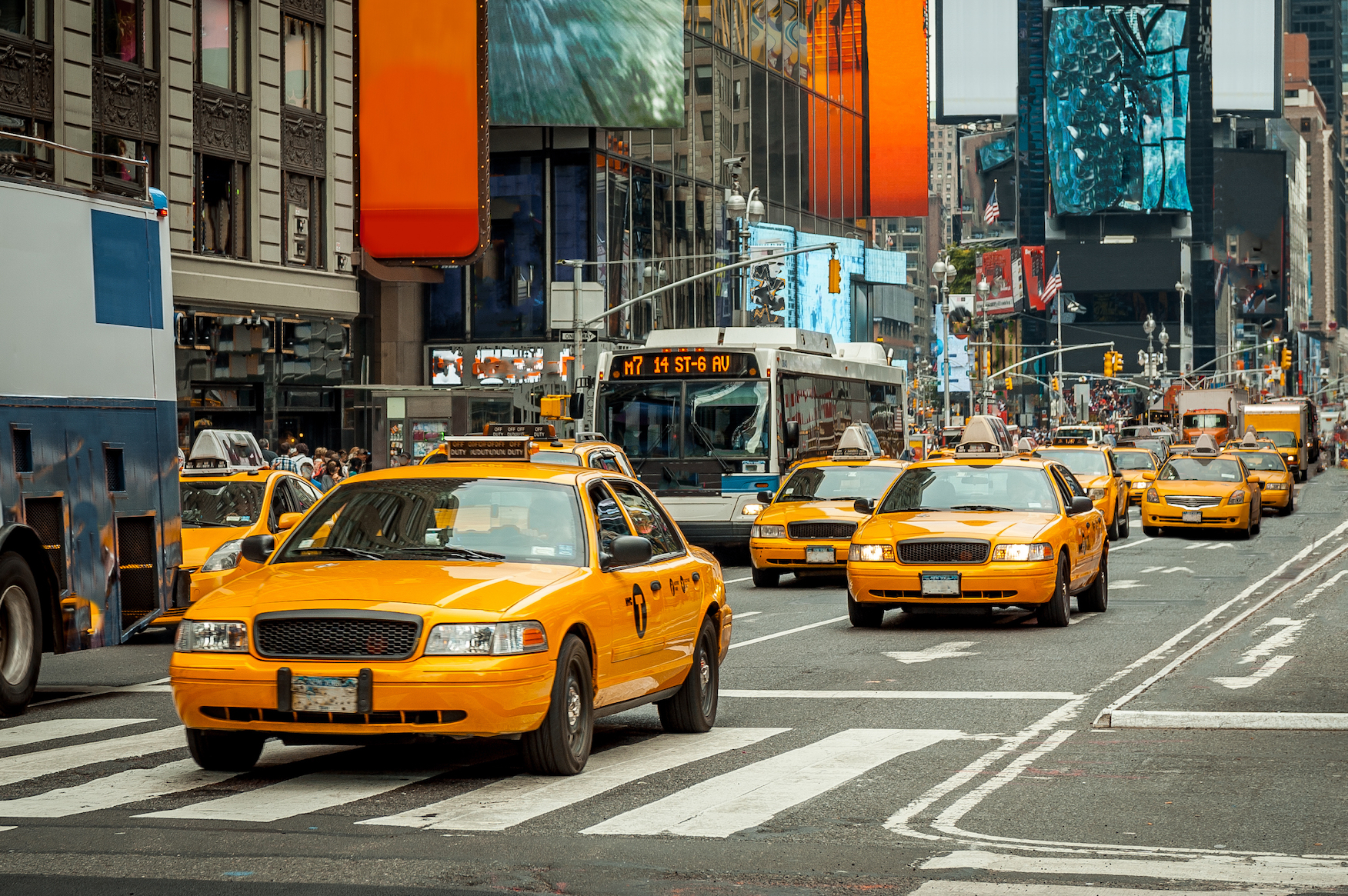 7 Rules of the Road for NYC Drivers

New York City drivers are renowned for being well-versed behind the wheel (to put it lightly). Frequent stops, navigating tight corridors with two walls of parked cars on either side, fearless pedestrians crossing the street on a red traffic signal—as an NYC driver, you’ll face it all. Unfortunately, not being from the city nor having out-of-state plates will convince a police officer to let you off the hook when you break the rules of the road.

So if you can’t take public transportation and have to get behind the wheel in the Big Apple, it’s worth it to familiarize yourself with driver regulations to avoid a potential settlement with your NYC car accident lawyer.

Whether you’re a veteran NYC driver, have recently moved, or are planning to just pass through, keep in mind the following rules of the road NYC abides by, as well as general safety tips to avoid any surprises.

Unlike the rest of New York state, you are not permitted to turn right at a red light in New York City automatically. Unless there is a sign at the intersection that says that you can, always come to a complete stop until the light has turned green. This is due to the high volume of traffic in the city and the added danger that comes with it.

What to do with all this extra time? We recommend turning on any NYC radio channel to listen to staticky traffic updates, rolling down the window to smell sizzling pretzels and peanuts, or searching for the closest bagel shop.

Isn’t that a classic New York saying: “Stop and smell the bagels”?

Intersections can quickly become boxing rings in New York City. Avoid getting caught in the middle of one by stopping before the crosswalk if a light is about to change. There are signs that remind you of this, but even when the sign isn’t there, the rule still applies.

If you get stuck on a crosswalk with no room to back up, stay where you are and let the sea of people flow around your motor vehicle. You may get a few too-close-for-comfort nasty looks from passersby, so we recommend avoiding eye contact and imagining you are elsewhere.

Nobody wants to get stuck fishing around in their cup holder for change to pay the foot-tapping toll attendant. That's where E-ZPass comes in. E-ZPass lets you charge your account with money and gives you a small device that attaches to your windshield, letting you pass. If you don’t have E-Zpass or a toll is cashless, the station will automatically photograph your license plate and mail you the bill.

Be sure to pay this fine as soon as you receive it to avoid paying interest or incurring additional fees.

Intersections and parking lots are high-risk areas for accidents, whether that be with other cars or pedestrians. Put them in a city as packed as New York, and you’re going to want to know who has the right-of-way to ensure everyone’s safety.
Pay attention to the following at an intersection:

But, there are still some circumstances in which you can’t only go by signs and markings. Review the following scenarios for when you have to yield. Some of them aren’t unique to New York City, but due to heightened driving risk, they’re important to review. It would also be helpful to familiarize yourself with the no-fault accident laws in NY, just in case.

Turning Left at a Green Light

Imagine that you pull up to a crowded intersection in Manhattan, and you see that the light is green. You want to take a left, but unless you have a green arrow, you must check for oncoming traffic first, as they have the right-of-way to continue straight or go right before you. If multiple lanes are turning, stay in your corresponding lane as you turn.

Turning at an Intersection with Stop Signs

Whether you’re emerging from a parking deck after a Broadway show or negotiating your way out of a shopping center lot, you must remember that you do not have the right-of-way. This goes to vehicles already on the roadway as well as pedestrians on crosswalks. Breathe in, breathe out—patience is key when trying to get back on the road in the city.

Other Circumstances of Right-of-Way

Note: The Move Over Law requires New York drivers to give space to authorized emergency and hazard vehicles that are stopped on highways in New York.

U-Turns are touch and go in New York City. If you’re accustomed to pulling them daily, you’re going to want to think twice when in the concrete jungle. You cannot make a U-turn:

Your best bet for finding parking is in a Parking Garage, but if you’re looking to save some money and want to try your luck at parking in the street, there are some rules to avoid fines or towing:

There are a few practices that are prohibited in New York City when getting behind the wheel. Even though some are similar to other states and cities, the numbers can shift when it comes to accepted BAC, honking, and smoking.

How to Practice Road Safety

In New York City, being an aggressive driver, although common, isn’t admired by traffic control. Be sure to practice two road safety practices when driving down Madison Avenue—sharing the road and defensive driving.

In New York State, being struck by a vehicle as a pedestrian is all too common. In fact, it’s one of the top ten leading causes of hospitalization. An estimated 15,000 pedestrians are struck on New York roadways every year—and that doesn’t even include bicyclists and motorcyclists, who are less visible than cars and often come speeding around corners, seemingly out of nowhere.

Follow these safety practices to make sure you keep your walking or two-wheeled neighbors safe:

Other drivers aren’t perfect, and the chaotic assembly of pedestrians, bicyclists, and other vehicles all trying to squeeze a few seconds out of their commute can make the roads an offensive place. Thus, it’ll serve you well to practice defensive driving.

When the Rules of the Road Aren’t Enough, Call Mighty

If you’re involved in an accident and are thinking of contacting a billboard personal injury attorney, we have one word for you: fuhgettaboutit. Reach out to the team of car accident lawyers at Mighty instead for assistance from experts who value transparency and care about your holistic recovery above all else.

We can help you in every step of the process, including how to file an NYC car accident police report, the average car accident settlement in NY, getting your car fixed, dealing with insurance companies, or simply offering a listening ear.