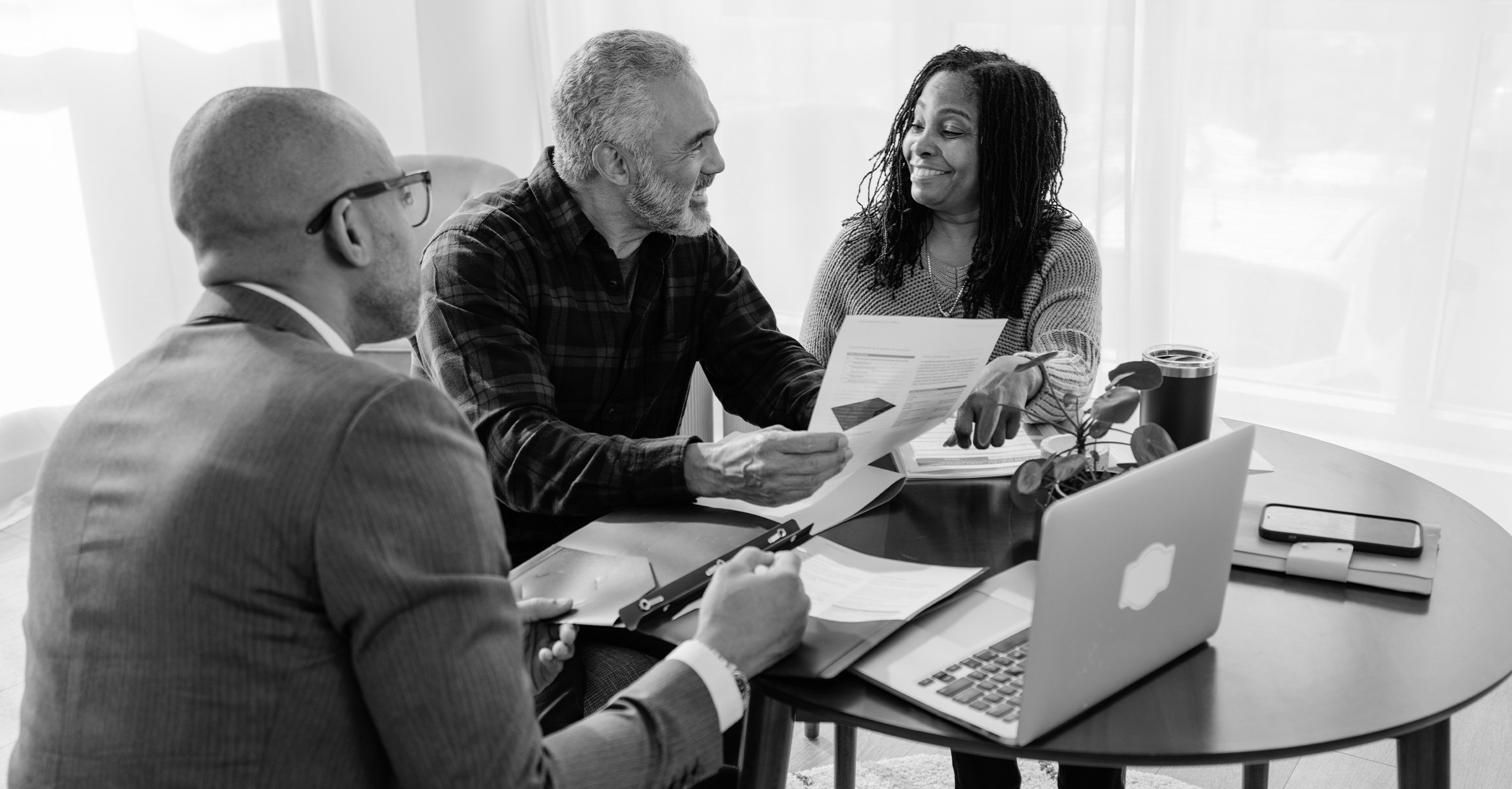 Insurance companies love to play hardball during negotiations, fighting to settle for as little as possible. If they’re refusing to pay enough to satisfy your damages, your next course of action might be to seek out personal injury mediation.

Mediators are commonly used to find a resolution outside of court, and mediation settlement amounts can sometimes be higher than what you’d negotiate on your own. To get a favorable outcome, it can help to know what to expect and how to best prepare.

First, What Is Personal Injury Mediation?

A mediator is a neutral third party that is brought into a personal injury claim when negotiations have reached an impasse, typically after a lawsuit has been filed. This is a voluntary decision by both the claimant and the insurance company in an attempt to reach a resolution instead of going to court.

Personal injury mediators are generally experts in their field (many are former trial lawyers and judges) and in most states have to pass a certification course. Their expertise is important because they provide guidance to both parties regarding how they think a judge and jury would react to the case in court. Mediators do not make a decision on the case themselves, so if mediation is unable to bring about a settlement agreement, both parties are able to continue negotiating or choose to go to trial.

So, How Is a Mediator Selected?

Since a mediator needs to be impartial regarding the claim, both parties need to agree on who to select to uphold the integrity of the personal injury mediation process. Your lawyer and the defense will look for a mediator who is free from any conflicts of interest. Otherwise, mediation will fail if one side discovers the mediator’s judgment can’t be trusted.

What to look for in a mediator:

When both parties trust the mediator, they are more likely to take their opinion seriously. When the mediator tells the defense where their weak points lie in the case, the defense may become more cooperative. Likewise, if the mediator points out weaknesses in your own case, you may be more willing to take a lower settlement in lieu of risking an unfavorable court decision. Mediators keep the parties talking and working towards a settlement.

And How Does Personal Injury Mediation Work?

The personal injury mediation process is fairly straightforward. Here’s how you can prepare for what happens at mediation.

1. A Confidentiality Agreement Is Signed

Before mediation can take place, all parties involved must sign a confidentiality agreement. This includes the defense team, the plaintiff’s team and the mediator.

The confidentiality agreement ensures that everything revealed during mediation will remain private and not be used against either party in court. Thanks to this guarantee, everyone can be more open than they otherwise would be in an attempt to reach an acceptable agreement.

For instance, if you were willing to settle for one amount during mediation, but ask for a higher amount when it goes to trial, the defense can’t disclose that to the court as evidence of you being unreasonable. But it works both ways. If the defense accepts liability during mediation but contests it at trial, you can’t use their words against them.

Opening statements can take anywhere from a few minutes to several hours to finish. The defense will present a summary of their case, bringing up any coverage or liability issues, contesting any treatment or injuries they feel are unrelated or unreasonable, and laying out why they valued the claim as they did.

The defense lawyer may even address you directly, as it may be their only opportunity to do so. If they do, you can expect them to try to instill doubt in your mind as to the strength of your case to get you to settle for less money.

Your lawyer will present your side of the case, including why you’re entitled to the amount of money that was demanded, addressing fault in the accident, the extent of the injuries and the impact this experience has had on your life.

3. The Mediator Consults With the Plaintiff and Defense

After the mediator hears the opening statements, the defense and the plaintiff will be separated into different rooms. This way the mediator can speak candidly with both parties without interruption from the other side.

When the mediator meets with the plaintiff and their lawyer, they’ll be sharing information they gathered from the defense, and vice versa. With the plaintiff, the mediator will try to determine the lowest settlement value they’re willing to accept. The mediator will also ask for supporting evidence, like photos of the injury, and specific accounts of how the injury and medical treatments have impacted their life. The mediator is also going to share with you some weaknesses they see in your case.

With the defense, they’ll look for evidence as to why the value of the case should be lower than what was requested. The defense may present independent medical exam findings, a differing account of liability or question the plaintiff’s credibility. The mediator will also try to determine the defense’s maximum settlement amount.

The mediator will alternate between rooms as many times as necessary to find a middle ground everyone can agree on. During this time, they’ll try to persuade both sides using the facts of the case, presenting a new take on each side’s argument that could influence the case value.

4. An Agreement Is Reached

If the mediator is successful, both sides will agree to a settlement and sign an agreement, or letter of intent outlining the terms, to make it official. As part of that agreement, you’ll sign a release promising not to pursue further legal action and the lawyers will prepare the paperwork informing the court that the claim has been settled.

In some personal injury mediation cases, mediation will not end with an agreement being reached and the claim will remain open. While this is undesirable, it doesn’t mean you’re starting over from square one.

During mediation in personal injury settlements, both sides may discover things they were not aware of before, influencing how they may feel about taking the case to trial. Negotiations can still continue after mediation, with the possibility of settling before going to trial.

In the rare event that an agreement can’t be reached, your attorney will prepare for trial.

Plus: How To Prepare for Personal Injury Mediation

The chances of you going to personal injury mediation are far higher than the chances of your case going to court. For that reason, it’s wise to prepare for this common process to ensure you get the best settlement possible.

Personal injury mediation is frequently used in place of a court trial. Here are some common questions plaintiffs have regarding the process.

What Percentage of Cases Are Settled in Mediation?

Personal injury mediation usually occurs when the stakes are high and the case is moving towards trial. Trial is expensive for both sides and mediations often are successful because neither party wants to face that uncertainty. While there aren’t any good statistics on how successful mediations are, we do know that roughly 96% of personal injury claims are settled outside of court.

What Is the Difference Between Mediation and Settlement?

Personal injury mediation is just one step on your way to receiving a settlement. It’s an optional alternative to a court trial that the defense and plaintiff agree to when independent negotiations fail.

Is a Mediation Agreement Legally Binding?

Mediation can be either binding or non-binding. Non-binding means that a settlement will only occur if you agree to it. Binding means that the mediator will act almost like a judge and whatever they rule will be binding on both parties.

If non-binding mediation is pursued (the more common option) and an agreement is reached, then it must be honored. If mediation fails, independent negotiations may continue or a court trial may be pursued.

Is It Required To Go to Mediation for Personal Injury Cases?

Personal injury mediation is usually a voluntary process, and if both parties cannot agree on a mediator, then it can be avoided altogether. However, a judge sometimes requires the parties to meet with a mediator before allowing a trial to take place. Sometimes arbitration clauses are included in contracts, making mediation a common solution. But binding arbitration clauses in personal injury cases are not common.

Who Pays for Personal Injury Mediation?

The cost to see a personal injury mediator is typically split between the defense and the plaintiff. Their fee is usually a flat rate, so it won’t be taking another percentage out of your settlement.