When Founder Mark Bello and Lawsuit Financial Corp (LFC) got their start in 2000, they utilized a server-based instance of ACT! CRM software to support their legal and medical funding operations.

For many years, ACT did a great job. Mark’s custom buildout of ACT even seemed like a competitive advantage against funders without software systems. However, as LFC’s business continued to expand and the legal funding market became increasingly competitive, the system’s deficiencies began to negatively affect LFC’s business.

From a leadership perspective, the old system made it difficult for Mark to get the information he needed in order to make informed decisions. Mark needed digestible, consistent, and actionable data at his fingertips, and his old system wasn’t built to record, manage or display complex legal funding data.

Mark also became aware that he was limited by his server-based version of ACT, which made it challenging for him to keep an eye on his business as he was often out of the office driving new business.

Others in Lawsuit Financial’s management team experienced similar issues. Jennifer, Head of Operations, faced challenges at nearly every stage of the funding lifecycle. During intake, she had to navigate to multiple screens and tabs to enter information, which was both time-consuming and often resulted in important fields being missed due to the urgency of legal funding

During processing, these problems persisted since it was difficult to get all of the information about a case on a single page. Often, the information they needed to make funding decisions was spread across multiple tabs and screens.

The problems didn’t stop there. When they approved a case, the system couldn’t automatically generate the entire contract, including the legal terms and financial schedules, so a lot of the work had to be done manually. This made costly typos a constant risk and wasted time.

Similar problems cut across servicing. The lack of workflow made case tracking more difficult, and the system could not quickly and accurately generate payoffs and lien statements.

Mark recognized that his system was old and cumbersome. He was determined to find a viable alternative at an affordable cost.

And then, after a few months of searching, Mark found Mighty. 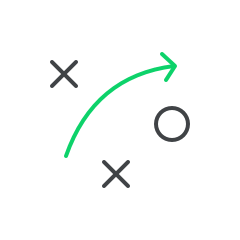 If It Ain’t Broken, Should We Still Fix It?

Mark was one of the first legal funders introduced to Mighty’s core software system for funders in June of 2016. As a first step in getting to know Mighty and the software, he saw a demonstration of one of the earliest versions, before many of today’s standard features were built.

Mark was impressed by Mighty’s vision and the software’s capabilities at that time. He realized the software would already solve some of the major problems facing him and his team. Because he had a functioning system that his team was used to, Mark could take the time to thoughtfully explore all the angles and ensure he was making the right decision for his company in the long term. He had to be sure that Mighty was going to be around for the long haul and be worth the switch. He also needed to be sure that he could trust Mighty to execute a flawless migration.

In December 2016, Mark took the next step and flew out to New York to meet Mighty’s co-founders, Dylan Beynon and Joshua Schwadron. Like Mighty, he understood software to be a long-term partnership, and he wanted to get to know the people behind it. During his visit, Mark learned more about Mighty’s goal to become the leading technology and service provider to the legal funding industry, Josh and Dylan’s deep belief in the industry as a force for good, and their vision for how their software would drive maturation of the industry.

During this meeting, Mark also saw an updated version of the software and was impressed by the extraordinary amount of progress that had been made since June. There were still a few features not yet part of the software, but he could see that once those functionalities were added, Lawsuit Financial Corp was willing to make the switch.

While waiting for those features to be released, he had to make sure that his team running the day-to-day operations was onboard. Jennifer and her teammates received a demo of the software and were sold on it after learning about the improved automation and workflow Mighty would provide them.

Some of the features they were most excited about were:

‍Jennifer saw Mighty as a comprehensive program that was “clearly going to save us a lot of time in processing applications, calculating and providing payoffs, retrieving updates on cases, and investor reporting. We saw value in the time we could save, working with a more comprehensive and reliable system.”

From the start, Mark’s primary questions were “Would Mighty make us a better business? Is it easier and more seamless than what we’re currently doing?”

After meeting Mighty in NYC, experiencing the software for himself, and hearing the overwhelmingly positive review from his team, the answer to both questions was a resounding “Yes!” 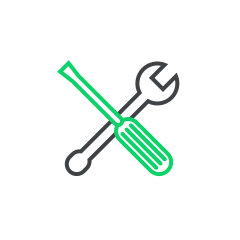 Once Mark made the decision to switch to Mighty, the next step was for Mighty to migrate 17 years of historical attorney, plaintiff, case, and funding data from ACT to Mighty.

The primary challenge was not the sheer volume of data, but rather that LFC’s instance of ACT had undergone multiple updates. As a result, their data lacked a coherent structure, making it clear why the system’s reporting capabilities were inoperable.

"The team at Mighty worked extra hard to get our data migration completed. They were very responsive to our questions and concerns throughout the process and especially in the final stages."

This was a positive stress test of Mighty’s migration capabilities, and Mighty passed with flying colors. Thousands of investments were migrated, in addition to their payoff, contract, and document request templates for auto-generation.

Once the data was successfully migrated and their account fully customized, the Lawsuit Financial Corp team received training on how to use the software. But according to Jennifer, using the software from the start was “simple because the program is so user-friendly!”

50% Time Savings Across The Funding Lifecycle

Switching to Mighty has been nothing short of transformational for Jennifer, Mark, and the Lawsuit Financial Corp team.

Jennifer’s day-to-day operations have been completely streamlined. Some of their favorite features include automatic payoff generation, automated contract generation, and emailing directly from the system. “Our office has become way more efficient. Mighty cut our application processing time in half.” Ultimately, Jennifer notes that they have “saved money through the efficiency and time saved.”

"Our office has become way more efficient. Mighty cut our application processing time in half."

In addition to the software, LFC is enjoying the benefits of a close partnership with Mighty, noting that the “support is incredible, the communication and diligence to please the client are top notch, and they take requests and feedback seriously and strive to please the client.”

For Mark, Mighty’s reporting tool has made it easy for him to access and use all of the information he has gathered from all those years in business. Not only can he slice and dice the data in many different ways in the software, but he can also export all of the information to an Excel spreadsheet for even further analysis.

With Mighty, Lawsuit Financial Corp made a technological and operational leap forward. Today, they’re positioned to maintain their competitive edge and grow, especially as they benefit from the continual stream of new and powerful features that Mighty releases every week.