Within days of President Donald Trump's signing of the executive order banning green card holders, over 350,000 individuals opened their wallets and donated more than $24 million dollars to the ACLU. That's over 6x more than the ACLU typically raises each year!

Eugene Kontorovich, a professor at Northwestern University School of Law notes, "Anyone who donates to the ACLU or a Legal Aid fund is basically underwriting third-party litigation."

What Eugene means is that by supporting the non-profit's filing of lawsuits on behalf of green card holders and others who were banned under the executive order, donors have effectively become legal funders.

Not so much news as it is a trend we've noticed. In the past few months, news has been trickling out about industry outsiders with impressive pedigrees joining the industry. It portends further professionalization of legal funding and perhaps even quicker growth. Something to keep an eye on. 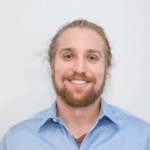 What to read next

Is Hong Kong the Next Frontier For Legal Funding?

Thanks for signing up. Enjoy Mighty Weekly.

Oops! Something went wrong while submitting the form. Please reload the page and try again or email us at hello@mighty.com